All too often, we find ourselves discussing the great things that technology, education and business do to enrich our daily lives. Today we break the trend and will explore the opposing side of the benefits we can take for granted. To do this, we are going to explore the third-party provider world and when it fails us miserably.

Just to clarify, when we reference third-party providers, we are talking about businesses that essentially help fill a void in your company. For example, the most common third-party service is email servers. An email server is not terribly difficult to build and manage, however to do this would require employing a 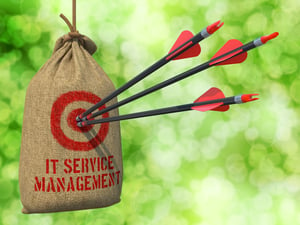 software developer, which would cost a fair amount of money. Instead, the vast majority of businesses utilize pre-built email servers that cost next to nothing and are provided by the big names like Google, Yahoo, Microsoft etc. Now, imagine the scenario where you cannot send an email for some unknown reason and there is a very important attachment that you need to get out ASAP. If you had opted to hire the software developer and built your own email server, you could simply call the developer into your office and have them drop everything to fix the problem. However, you decided to the go the cost-effective route and outsource your email services to a third-party. Now, you have to get that third-party on the phone and plead with them to find a fix for the problem. The third party is only going to be as motivated as the price you are paying for their services, especially if you are the only client experiencing the problem.

This is a classic example of being a hostage to your service provider. If the cost of the service is inexpensive, the provider will likely not have good customer service, generally speaking.

Now, the example painted above may sound like an overreaction and very benign in the grand scheme of things, as businesses successfully thrived long before the advent of email. Nonetheless, let's visit a real life example where a platform was basically built around a third-party data service and, arguably, billions of dollars were lost due to communication issues. Do you remember when Apple launched it's proprietary Maps app? Better yet, do you remember your user experience the first time you attempted to use Apple Maps to get to your preferred destination and wound up on the other side of town? I sure do, because Apple Maps took me to a random person's house instead of the movie theater.  Most people remember the failure of Apple Maps, which still rings loud to this day as Google Maps is the sixth most downloaded app from the iTunes store. In a nutshell the failure of Apple Maps stemmed from Apple being in a hurry to release a Maps app. In order to accomplish this, Apple borrowed much of their base map and location data from third-party companies like TomTom and OpenStreetMap. That's where the problems stemmed from - when a new road opened or an error was discovered, it took far too long for Apple to work through the third-party companies to make the necessary corrections.

Not Always What Meets the Eye

We at VTR have had to overcome problems with third-party services as well. Most notably was a six-month period we spent on-boarding and integrating with a CRM and marketing

tool called InfusionSoft. The relationship started out well, because they provided a great training curriculum to help overcome the learning curve of implementing a new piece of software. We pulled our in-house software developers off other projects in order to build automation features specific to InfusionSoft. Almost immediately after getting everything built and functioning correctly, roughly six months into the relationship, it all started going downhill. The primary problem stemmed from InfusionSoft outsourcing their API support, which we were heavily reliant upon due to the automation features we built. We were getting no support, waited weeks at a time for even basic "no resolution" responses and eventually had to cut ties before things continued to spiral out of control. It was a very difficult decision to make, since we already had six months invested in this relationship. But in the end, we had to cut our losses and refocus our efforts on developing our own, in-house version of this tool, which coincidentally involves building our own email server.

Although these were accounts had negative outcomes, don't get discouraged since many third party providers do indeed keep their promises. That said, be sure to use reviews and forums to fully vet them prior to making them a part of a strategy for organizations.

Are you enjoying this topic? Consider reading our blog about other business tools.